Lovewell Farms and The Entourage Effect

When it comes to Cannabis and CBD, many unclear concepts have not been given the opportunity to receive FDA-approved research. Here at Lovewell Farms, we are the top Sustainable Hemp Company in Rhode Island, and there is one concept that we have had the pleasure to familiarize ourselves with, and that is the Entourage Effect. If you asked someone if they enjoy hot, crispy, salty french fries, they would most likely say yes. This is also true of cold, soft, sweet ice cream and milkshakes. Now, if you asked people if you should combine the two and dip french fries in a milkshake many might find the suggestion odd. How could things so opposite possibly work together in harmony? Well, it is widely known that the combination of salty and sweet in the correct proportions is infinitely more appealing than in either or both flavors on their own. The reason we are so drawn to this combination is because of the release of specific hormones that activate the pleasure center of the brain. When the outcome is greater than the sum of the two parts, it’s considered a synergistic effect. This is true of many other compound reactions. Calcium, which we all know contributes to bone density and artery health, is very difficult for the body to absorb. When taken with magnesium, the absorption rate improves exponentially. Turmeric, which has numerous health benefits, cannot be properly absorbed without the presence of a compound called piperine which is found in black pepper.

When it comes to cannabinoids, there is a similar reaction called the Entourage Effect, which is a synergistic reaction where cannabinoids taken together have a greater effect than if taken alone. In regards to CBD having even a trace amount of THC, this causes the effect to be exponentially more significant. This is especially true when creating our CBD Sleep Tincture, as THC is the precursor to CBN, a cannabinoid that is associated with drowsiness. Regarding THC, without the presence of other cannabinoids, it still possesses an intoxicating effect. However, many people find the effect to be unpleasant as it can bring on side effects such as anxiety, nausea, dizziness, and hyper-cardio episodes. The presence of CBD and other cannabinoids counteract these effects and create a more balanced and medicinal form of intoxication. THC without CBD has less capacity to offer pain relief and is significantly less effective as a sleep aid, which led us to create popular products like our raw CBD prerolls and even CBD pet tinctures.

Full Spectrum CBD and What to Expect

When consuming any cannabis product, it is important to understand the source and variety of cannabinoids. Products that only contain THC or exclusively CBD, are made with a concentrate known as isolate. Products that contain a variety of Cannabinoids are made with either broad-spectrum or full spectrum concentrate. Both contain multiple cannabinoids, but what makes full-spectrum effective is the presence of secondary phytochemicals. Cannabinoids make up the majority of the psychoactive effects, but those who are familiar with cannabis know that it can have a variety of pungent aromas. The odors given off by this plant are largely due to the presence of a class of phytochemicals called terpenes. These can produce smells such as flowers, citrus, berries, tropical fruit, pine, skunk, gasoline, cheese, and countless others. All of these terpenes have subtle effects on a user’s experience and cognitive effect. For instance, Mercene which is one of the most common terpenes amongst all types of cannabis has a sweet flowery aroma similar to elderflowers. It also has been noted to have the effect of improving sleep and reducing inflammation. Many of the terpenes found in cannabis have effects that are commonly associated with cannabinoids. For this reason, at Lovewell Farms, we consider full-spectrum CBD products to be the gold standard for those seeking relief from pain and restless sleep.

Lovewell Farms guarantees that our products are crafted with our community in mind. As a result, a portion of our proceeds is donated to organizations that are dedicated to creating a more just and healthy world. 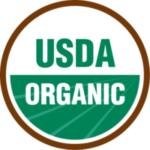 Check out today and get 10% off and free shipping! FREE10

Thanks, but no thanks.